Since the last few trading days in November the value of the Rand has appreciated significantly when measured against the Dollar, the Euro and the Pound.

In the days leading up to the African National Congress (ANC) conference, 18th Dec 2018, we saw an ailing Rand where political and economic risks were generously priced into the currency.

However, one swift change in the leadership of the ANC proved to be the spark to generate a huge explosion of Rand strength across the board, with ZAR falling against the Dollar from the mid-13’s, to today’s current level of around 11.80

The Rand has had to adjust to a huge and monumental change in its political bedrock over the past 3 months and the change of presidency has undoubtedly contributed to this overall strength.  However, we must also consider the influence of the considerable speculation of a downgrade from the credit ratings agencies within the 1st quarter of this year that has so far been avoided.  Whilst a ratings decision and the political agenda are intrinsically linked and mutually dependent, this still leads to the conclusion that it is good economics and improving politics that has driven the astronomic appreciation of the Rand.

Now don’t get me wrong the Rand is still very bullish and it has all the reasons in the world to be so; for the first time in ten years it has a president that’s not interested in lining his own pockets and abusing the power within his government!  However, President Ramaphosa does have an almighty job on his hands to undo almost ten years of corruption and self-manipulation within one of the most interesting emerging markets.

My view is that the ZAR will gradually unwind most of this strength from the past 3 months over the medium run.  With the US looking to raise rates 3 times or more this year, USD/ZAR will be trending higher than the current levels. 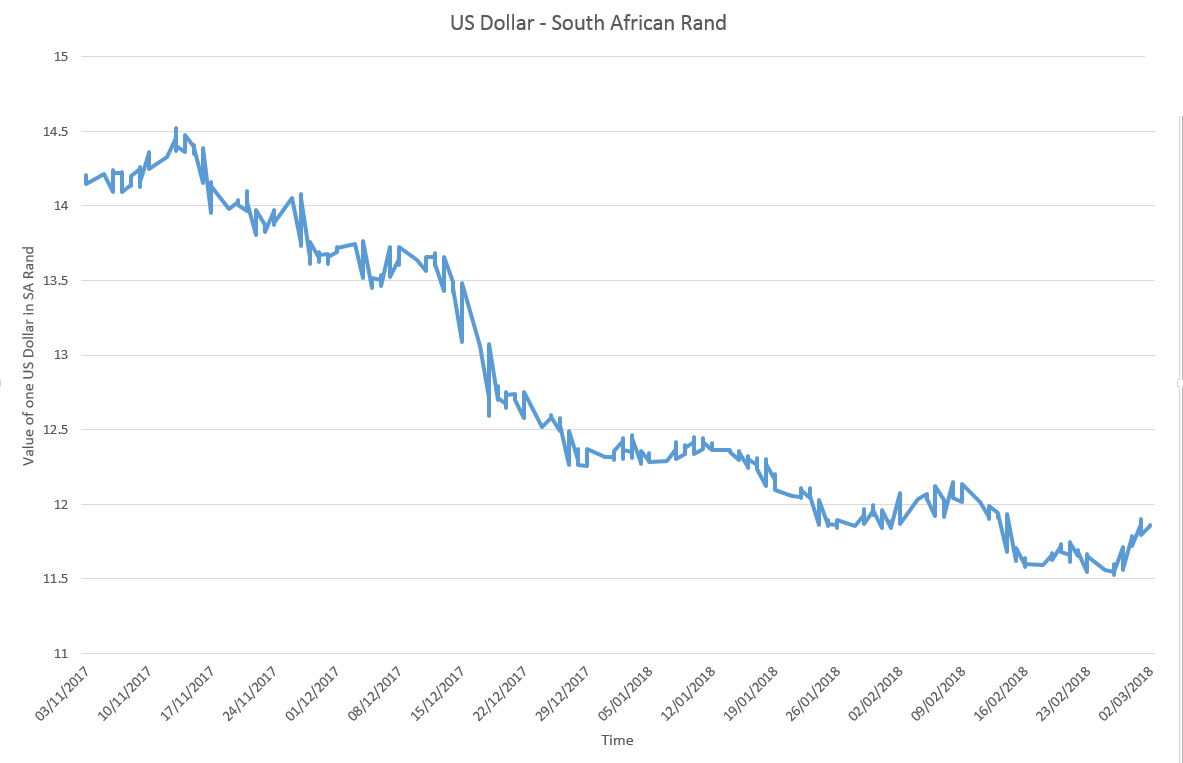 If you wish to get further information on exchange rates or how much you can save using a forex company, kindly contact our offices info@nonres-sa.com